Solar Arc Directions is a technique to predict major life events. It functions like a transit chart, but the only difference is that you use your own birth planets as transits. For each year, the planets are moved 1 degree a.k.a The solar arc planets move at the speed of the Progressed Sun. With this technique the outerplanets (Uranus, Neptune, Pluto) will be useful since they move, which does not happen in the progressed chart.
The axis are the most important points for predictions within this technique.

When a planet or a point is conjunct with an exact degree to an Angle, it means the energy of that planet will manifest within that area of life in the upcoming year.
This means that if a planet or point is conjunct within 2 degrees to a certain point, the event will take place in 2 years.
Aspects matter too, if a Solar Arc planet is making an aspect to one of your Angles or your Natal planets, it also means that something important or a change will happen.

Conjunctions are the strongest aspect to look for.
Usually an event starts to manifest when it’s in an applying aspect of 1 degree.
Conjunctions = Once in a lifetime event

When a Planet aspects any of the angles they tend to manifest as visible events.
This technique only uses the ”square family” as they will make things happen :
• Conjunction, semisquare, square, sesquiquadrate, and opposition.
• Conjunctions tend to leave things as they are.

Predicting an important event with solar arc uses the orb that separates an Arc planet form a Natal planet or angle.
The degrees are read as years.
Example :
Solar Arc DSC conjunct Natal Venus with an orb of 2 Degrees,
means an important development within love matters will happen in 2 years from now.

Meaning of the planets (arc)

If the SA Pluto is conjunct Venus, it translates as transformation, crisis (Pluto) in a challenge (conjunction) to love and money (Venus). However, it’s advised to also look at what houses these planets rule, as this will add more insight.
If the Natal Venus is the ruler of the 7th house, it indicates that the partner or business partnerships are involved and will undergo a transformation. Let’s say Pluto is the ruler of the ASC, than it means the native undertakes a specific action in which something transforms or changes in their relationship(s). Health matters could come into play as the first house also shows one’s physical vitality.
If a specific aspect is exact in the Solar Arc, it means the event will manifest within the same year. Depending on the amount of minutes, it will give you insight into how many months ahead. It’s advised to also check other charts for the same theme before stating a predictive judgement.
• Progressions
• Solar Return
• Profections
• Transits 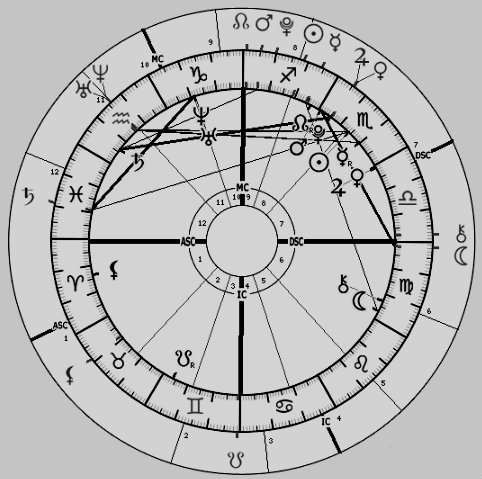 • SA NorthNode is conjunct to the Natal MC, which indicates a fated meeting in the upcoming year
• SA Venus & Jupiter conjunct Natal Pluto, a deep transformative event, with a love partner
• SA Moon is conjunct with a 2 degree difference to the Natal DSC, a powerful and emotional event will take place within 2 years that deals with partnership and marriage
• SA Sun entering Natal 9th house indicates long distant journeys in the upcoming year

Solar Arc is personal, so certain aspects will manifest differently in everyone’s chart, however often similar themes or areas in life that are affected. Always consider in what houses the aspects take place and what house rulers are involved, as this will show where the aspect will create events. For example : SA Moon (12th ruler) square Neptune (in 5th house) shows a spiritual and confusing romance. The examples that i will list down, are real life examples.

If you want to know more about your lovelife, it’s best to work with the natal ruler of your 7th house.
For example, if your 7th house is in Scorpio, you can look at both Pluto and Mars. To see whats currently going on or what’s about to happen, check if your natal 7th house ruler is receiving any square, opposition or conjunction aspect of less than 1 degree. If for example Solar Arc Venus is squaring your 7th ruler, it shows development in love matters, a relationship could start under this influence. And Pluto (in this example) shows the flavor of the relationship, which will be highly transformative and intense. It’s a natal promise for the native with the 7th house in Scorpio.

Whatever Solar Arc planet is conjunct to your DSC, shows change and development. Always check what house that planet rulers over and it will give deeper insight into the event. For example, if SA Moon is conjunct DSC, it shows change of emotional needs in a relationship, but if let’s say the Moon is also the ruler of the 4th house, it could indicate a move with a partner, moving in. Matter of the home environment, residence come at play within the year of exact conjunction.
Moon is an easier planet than Mars or Saturn in this case, however the Moon also brings fluctuations.
If SA Saturn is conjunct the DSC it can either manifest in a serious and committed relationship entering your life, or it could manifest as difficulties in partnership which cause hardship. If Saturn is the ruler of your DSC, it’s more inclined to show that it’s a partner entering your life, if Saturn is the ruler of your 12th house it’s more likely that it’s a year of loss and hardship, so always consider the house rulerships too.